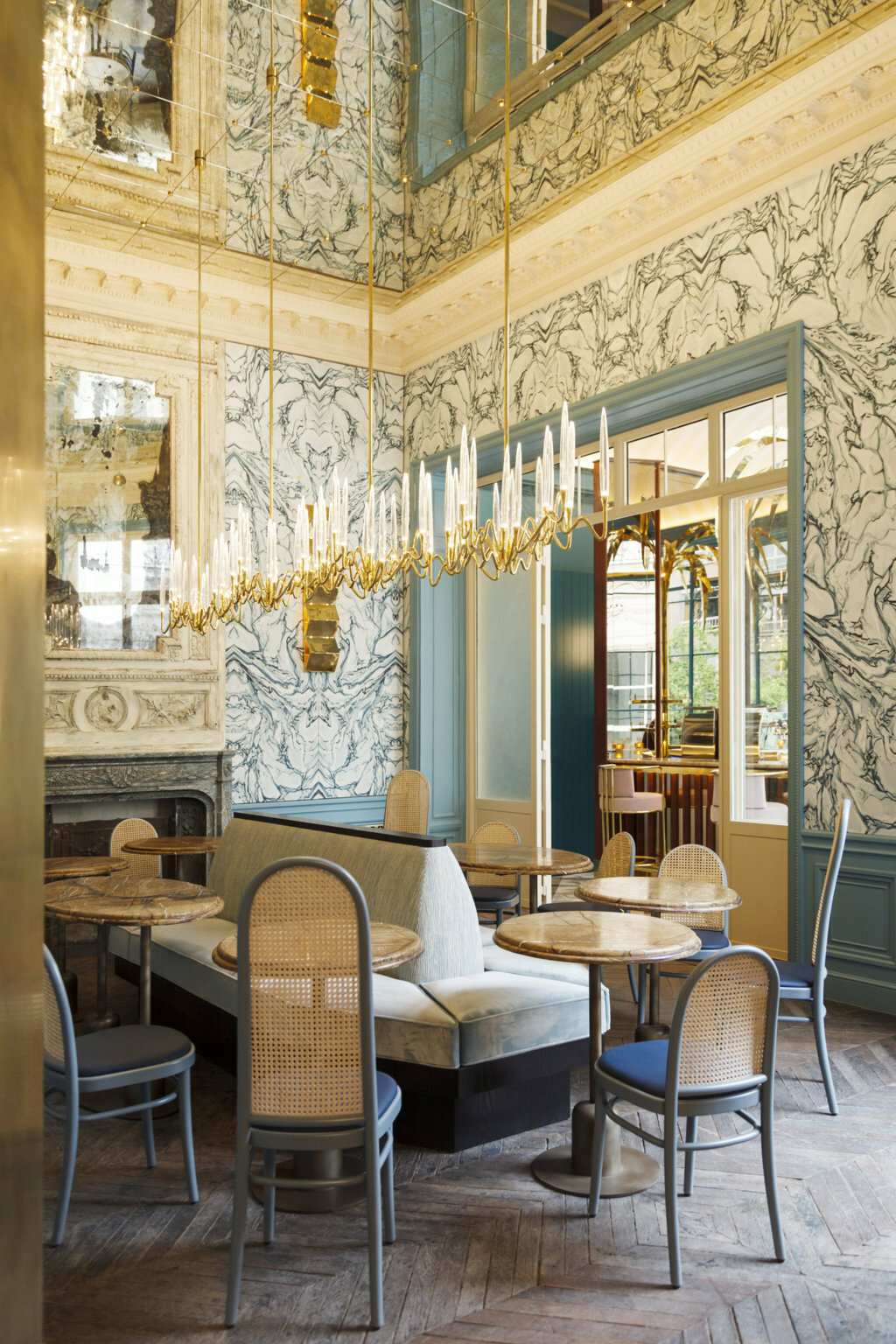 A new refined project, it highlights the discrete elegance of the Bodystuhl and  Morris chairs by Gebrüder Thonet Vienna GmbH chosen by the two French architects Hugo Toro & Maxime Liautard for Le B.B., the restaurant at the exclusive Blanche club, owned by fitness entrepreneurs Arthur and Frank-Elie Benzquen, which houses a super-tech gym and a spa, all reserved for members, in an Art Nouveau building near Pigalle.

The refined design of Bodystuhl and Morris – unique furnishing items for the project were not designed by Toro & Liautard – but fit perfectly into the richly decorated rooms of the new restaurant.

The intense history of the building, first a residence and later the site of the Ecole Nationale Supérieure des Arts et Techniques du Théâtre, influenced the two architects, who dreamed up a space divided into five rooms. The division of the rooms has remained the same as the private residence, but has been redesigned with a theatrical approach, including circulars and a collected Petit Salon, with a large wooden rosette, which houses the Bodystuhl chairs designed by Nigel Coates. Thanks to the finesse of the bent beech wood , BODYSTUHL has a sinuous profile characterised by a variable sectional structure. The wide seat and ergonomic woven cane backrest are based on Lehnstuhl shapes and materials created by the British designer for Wiener GTV Design.

Morris chairs by GamFratesi on the other hand, furnish the main hall, whose walls are covered in hand-painted marbled wallpaper. A re-interpretation of the classic Viennese session, Morris used new proportions that shrink the perspective. The structure consists of solid steam bent beech elements, and includes a upholstered seat on which a woven cane backrest – available in two heights – is supported. The juxtaposition of both versions is a fun way of livening up the dining room horizons, playing with heights and colours, and offering irreverent design solutions for domestic and contract settings.

A new fascinating showcase at the Ville Lumière, where furnishings by Gebrüder Thonet Vienna have been chosen in recent years for numerous projects, including, amongst others, the Flora Danica di GamFratesi restaurant, which is housed within the Maison du Danemark and the Café du Trocadero.